This pastoral village, located at the confluence of the Saône and the Durgeon, was a part of the defensive system of the Saône.

From the castle, go along the river to reach Ferrières-lès-Scey by the footbridge. You can also admire the bridge over the Durgeon built in 1753 and its statue, one of the few existing in France, which depicts Saint-Jean Népomucène, confessor of the Queen of Bohemia. He was canonized by Benedict XIII.

Chemilly is a great departure point for a biking ride along the Courlis's loop (a safe 23km long tour with signposts). 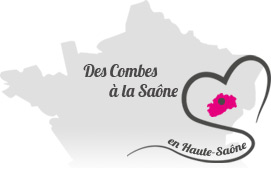